Tropical Weather Discussion for North America, Central America Gulf of Mexico, Caribbean Sea, northern sections of South America, and Atlantic Ocean to the African coast from the Equator to 32N. The following information is based on satellite imagery, weather observations, radar and meteorological analysis.

Based on 0000 UTC surface analysis and satellite imagery through 0530 UTC.

An Atlantic Ocean tropical wave is along 35W/37W, from 14N southward, moving W 10 to 15 knots. Precipitation: widely scattered moderate to isolated strong from 07N to 13N between the tropical wave and 39W.

An Atlantic Ocean tropical wave is along 49W/50W, from 13N southward, moving W 10 to 15 knots. Precipitation: widely scattered moderate to isolated strong from 09N to 13N between 50W and 54W.

The monsoon trough passes through the coastal sections of Guinea-Bissau near 11N15W, to 10N20W, 09N30W, and 09N34W. The ITCZ is along 09N38W 06N48W. Precipitation: scattered moderate to strong from 10N to 14N between 29W and 35W. Isolated moderate to locally strong is elsewhere from 16N southward from 60W eastward.

A cold front is moving through the Gulf of Mexico, passing through the Florida Panhandle into the central Gulf of Mexico. Comparatively drier air in subsidence in water vapor imagery covers the Gulf of Mexico from 22N northward from 90W westward. Precipitation: isolated moderate is from 26N northward between Florida and the cold front. Isolated to widely scattered moderate and isolated strong covers the waters and land areas from Cuba to the NW Bahamas between 75W and 83W.

The current cold front, that is extending from the westernmost part of Florida to 25N91W, is expected to weaken and dissipate in the NE Gulf of Mexico through Friday. Fresh southerly winds ahead of the front will diminish overnight as the front weakens. A strong cold front will move into the NW Gulf of Mexico on Monday evening. Gale-force winds are possible to the west of the front, near Veracruz in Mexico, on Tuesday.

An upper level ridge extends from Bermuda to Guatemala.

A dissipating cold front passes from Hispaniola to SE Cuba. Precipitation: earlier widely scattered moderate to isolated strong, in Hispaniola and in and around Cuba, has been weakening and dissipating with time, during the last few hours.

An upper level trough is between 50W and 60W, from 25N northward. A cold front passes through 32N51W to a 1017 mb low pressure center that is near 23N63W. A dissipating cold front continues from the 1017 mb low center, to Hispaniola, and to SE Cuba. Precipitation: isolated to widely scattered moderate and isolated strong within 250 nm to the E/SE of the frontal boundary, from the waters that are just off the NE Caribbean Sea islands northeastward. Broad upper level anticyclonic wind flow, with a large-scale ridge, covers the Atlantic Ocean, to the northwest of the cold front.

High pressure, building to the north of the area, will support gentle to moderate winds across the area through Friday night. A surface trough will move westward north of the Greater Antilles this weekend, and then weaken early next week. 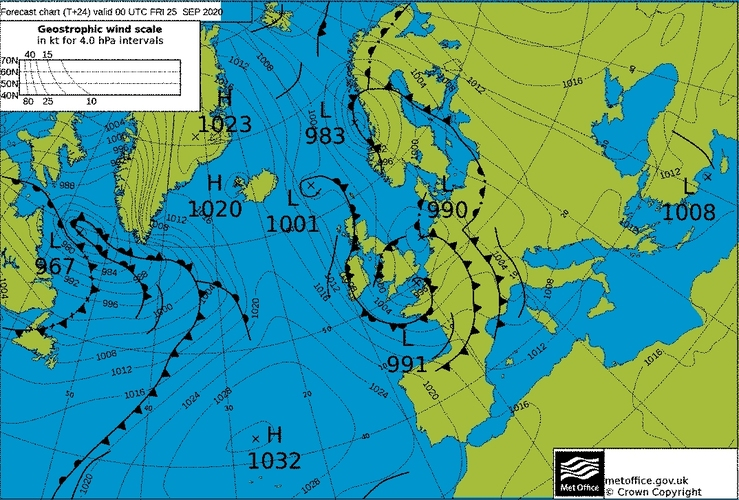 The risk of some heavy rainfall across Eastern areas later this evening and overnight, but not as clear cut as we might think... 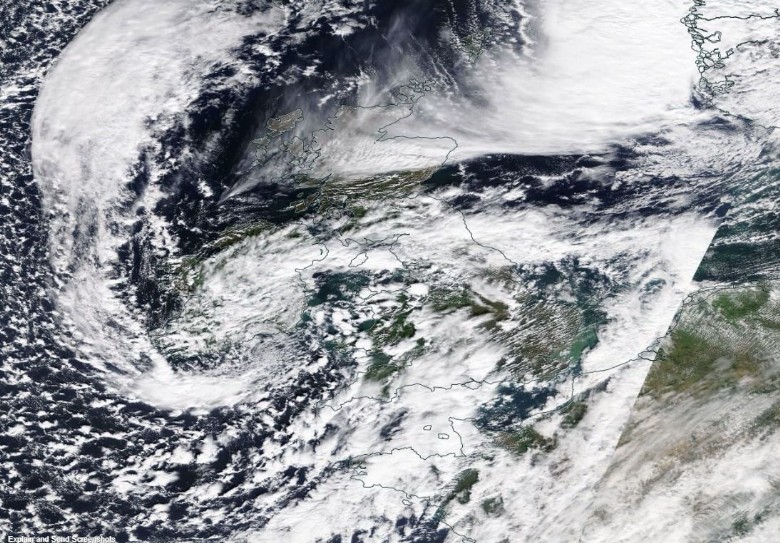 A few images from around the world for you today... 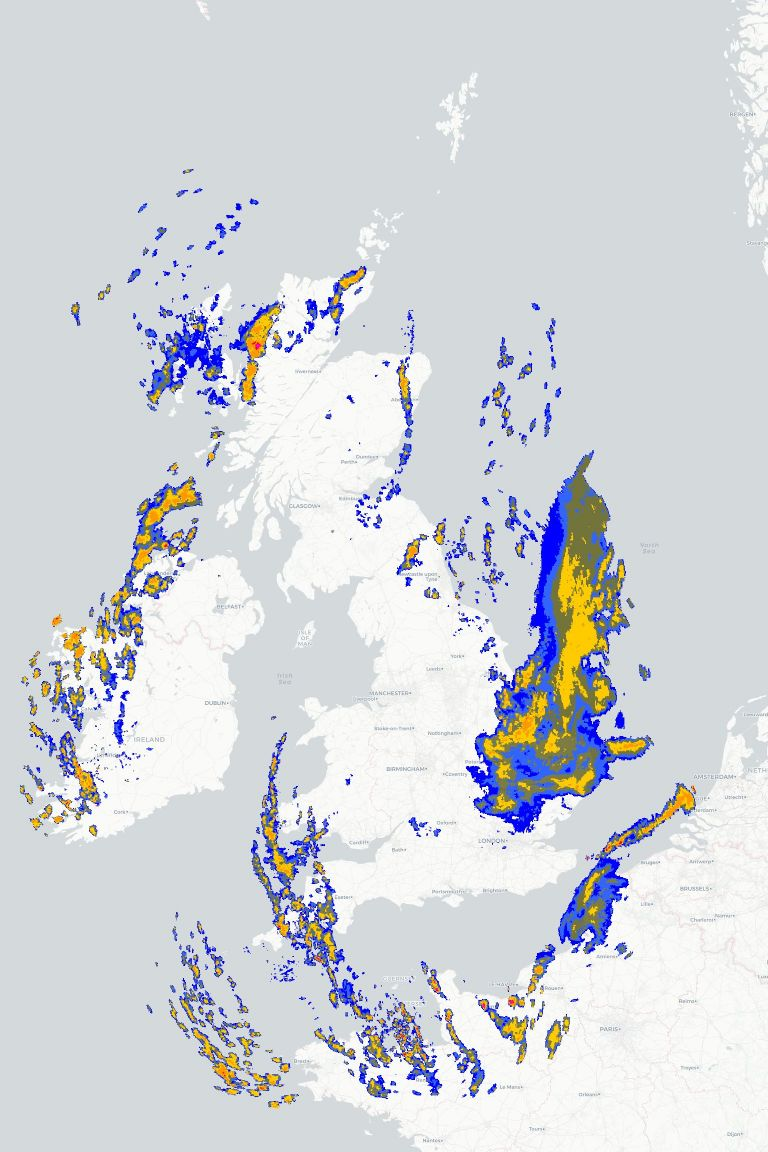 A wet start across Eastern areas today with showers across many Northern facing coasts...

Grand Prix - Russia
The latest forecast and track radar for the practice, qualifying and race sessions of the upcoming Grand Prix at the Sochi racetrack...